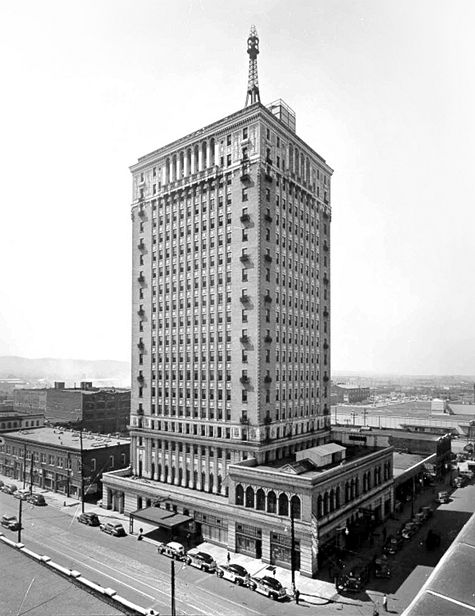 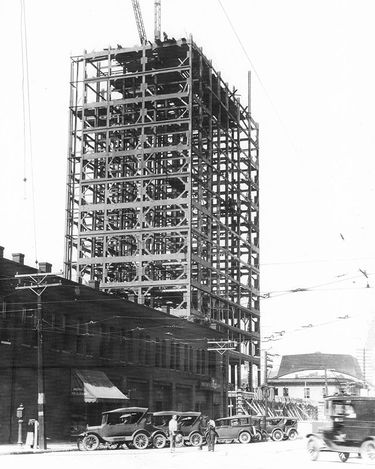 The Thomas Jefferson Hotel (later the Cabana Hotel) is a 19-story building, formerly a 300-room hotel, completed in 1929 at 1631 2nd Avenue North on the western side of downtown Birmingham. The luxury hotel hosted many famous guests to the city, including Presidents Herbert Hoover and Calvin Coolidge, entertainers George Burns, Jerry Lee Lewis, Mickey Rooney and Ethel Merman.

Construction was halted on March 31, 1927 when Adair & Company of Atlanta, issuer of the construction bonds, failed. At the time work on the frame and exterior cladding was near completion, but no interior finishes had begun. In January 2018 U.S. District Court Judge W. I. Grubb ordered the property to be auctioned to repay creditors, among which Whilldin was represented.

The hotel featured an ornate marble lobby and a large ballroom. The ground floor incorporated space for six shops, including a coffee shop which was provided with air conditioning. The basement included a billiard room and barber shop. The ballroom and dining rooms on the second floor opened out onto spacious roof terraces from which the main tower rose. A Corinthian colonnade in glazed white terra-cotta set off the base of the tower, with the hotel entrance marked by a metal canopy. The fourth floor created an entablature, punctuated by the rhythm of windows that continued in brick for 13 more floors. The tower was capped on the top two floors with ornamented terra-cotta, including a balustrade and arched deep-set openings. The corners of the tower were clad in white brick to provide visual supports for the upper portion of the tower, while the narrow strips of brick between the windows were tan in color, each capped with a white acanthus leaf at the top. The edge of each corner was softened with a twisted-rope moulding, rising to a sculpted satyr at the top. The cornice rests on tightly-spaced brackets with a shallow overhang of red mission tile suggesting a sloped roof.

The roof of the Thomas Jefferson Hotel was provided with a steel pylon supporting an all-weather rotating red air beacon, visible from six miles away, along with a directional marker to guide aviators toward Roberts Field.

There is evidence that the pylon was also referred to as a "mooring mast," for dirigibles. The association with airships may have been inspired by the well-publicized transatlantic voyage of the Graf Zeppelin in 1928. A similar claim was made for the spire of New York's Empire State Building, constructed beginning in March 1930. In fact, no dirigible has ever moored to a tall building in any city's downtown section, and the pylon which was placed on the roof of the Birmingham building was never designed to moor any actual airship, much less provide a way for passengers to embark or debark. Photo-montages showing a dirigible in the vicinity of the tower have appeared in media, but do not depict any real event. 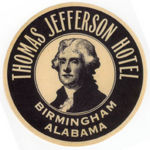 The hotel's opening week featured nightly banquets and dances featuring an orchestra from New York. The hotel was stocked with 7,000 pieces of silverware, 5,000 glasses and 4,000 sets of linen. Burt Orndorff was the manager and Zurich-born Jack Wurth, formerly of New York's Waldorf-Astoria Hotel, was executive chef. The ballroom's regular band, the "Jeffersonians", was a rebranding of Jack Linx & His Society Serenaders, who had performed for years at West Lake Park and recorded in Atlanta for Okeh Records. 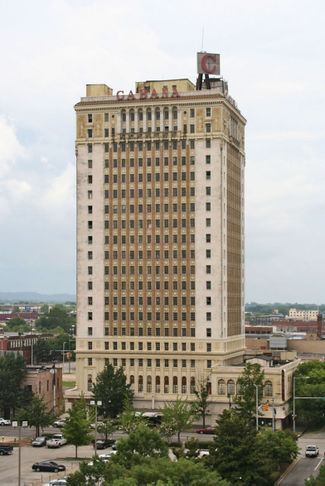 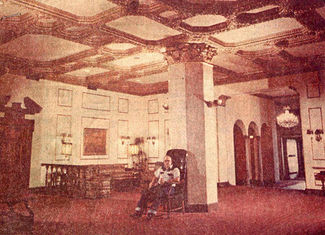 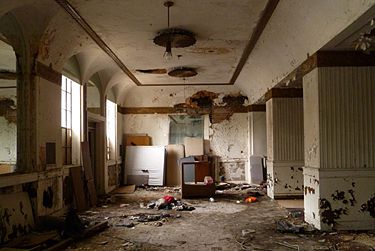