From Bhamwiki
(Redirected from List of food trucks)
Jump to: navigation, search 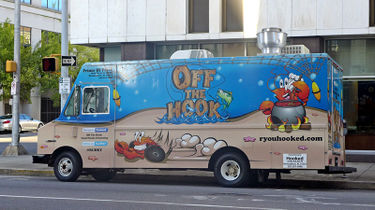 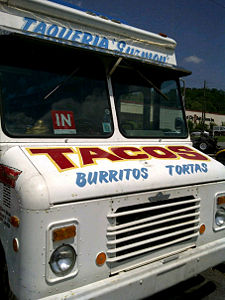 Food trucks are mobile vendors serving food throughout the Birmingham area. "Taco trucks" appeared on the scene in the mid-2000s, while SpoonFed Grill touched off a "gourmet" food truck flowering in 2009.

Food trucks are food service businesses licensed by the municipalities in which they operate, and permitted and inspected by the Jefferson County Department of Health. Some trucks operate as offshoots of established restaurants. In addition to serving street food on weekdays, many of the trucks are available for hire for private events, functioning as caterers.

In January 2013 Deep South magazine included four of Birmingham's food trucks: Dreamcakes, Los Dos Hermanos, Shindigs, and SpoonFed Grill, in their listing of the "Best Food Trucks in the South."

By 2012 the Birmingham City Council began responding to private complaints by brick-and-mortar restaurateurs in the City Center by drafting a proposed ordinance to restrict operating hours and locations. The proposal has been debated in Council committee hearings, but has not come up for a vote. Public hearings were renewed in November 2013.

In response to the threat of restrictive regulation, several truck and food cart vendors joined together as the Greater Birmingham Street Food Coalition in early 2013 and proposed an alternate, less restrictive ordinance for consideration. The coalition has also developed a "Food truck lot" at 211 Richard Arrington, Jr Boulevard North.

The Council passed its Birmingham food truck ordinance in December 2013, and amended it in July 2014 to remove some restrictions that applied to groups offering free food to the homeless.